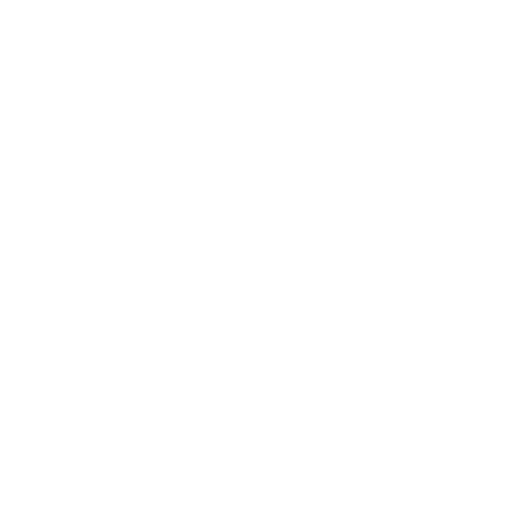 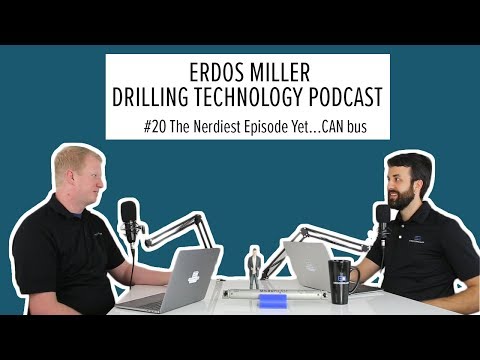 Bus like a motorized vehicle right? Nope! Not quite! Why is this the most nerdiest episode yet? Ken and David get real technical in talking about CAN bus.

Welcome to the Erdos Miller New Technology Podcast, where Dave and I spend our nonproductive time talking about everything drilling tech. Our podcast is sponsored by Gibson reports. They provide excellent NWD in directional drilling market share report. To check them at gibsonreports.com and you can find our content or podcast, check it out, Spotify and iTunes, just search Erdos Miller.

So Dave, the topic I have for us today is the CAN bus. C-A-N. Right. And I know what it is, but I'm going to play dumb here and say, "What is it, a bus we're all going to get on with a can-do attitude and go somewhere. Right? So what exactly is the CAN bus or just a bus in general? And why should I care? What's important about this?"

Yeah. So a bus is basically a network in the CAN bus sense that allows a bunch of devices to communicate with each other, just like you have a WiFi network at home and all the devices that connect to it can talk to each other.

So that sounds still pretty boring and nerdy. You got to get me excited. Yeah. Okay. What's exciting about this network of modules.

Yeah. So taking a look at it from the NWD perspective, we have all these modules downhole, directional sensor, pollster driver, battery, whatever else. And they all need to talk to each other and by some common language, otherwise they're not going to understand each other. And so the CAN bus allows all these modules to talk to each other and exchange the information they need to do their jobs.

Okay. So it's pretty enabling.

Is it just an NBD tools that does this, or do other devices have a similar thing going on?

No. So, I mean, actually CAN bus originated from automotive. Bosch introduced the specification in 1986 and then it's been in use since 1987.

Of course, that was my alma mater. Right. I spent a lot of time at Texas Instruments in the automotive group.

Now it's used all over. I mean, in tractors, I'm not sure. Aircraft.

Yeah. Any kind of industrial applications used in factories.

So why don't we call it a bus as opposed to a network? Why don't we say the CAN network, right?

That's a great question. So that was the question actually we had and we had to look it up, but-

So a network has some central router or hub where all the data is aggregated and passed between.

Okay. So like at home I have my home WiFi router or whatever, and then I have all the devices talking to it and then it talks to the internet. Right?

And so bus, all the devices are kind of on the same line, same communication line and can talk to each other directly without any intermediaries.

And which is nice in the NWD side of things, because we don't have one more component to fail. Right?

The mechanical engineer's best component is is no component at all, right. It never wears out and it never fails.

I guess we should have warned our listeners to this was going to be a very nerdy episode.

This is going to get a little technical.

So this one is called the CAN bus. It's got a name. Does that imply that there are other buses out there? Right?

Absolutely. So, there's all sorts of other buses in industry, but we'll focus on NWD. So the other common NWD bus is called Q-bus.

And so that's similar to CAN bus except in that the Q-bus, there's a master and then there are other devices that are all controlled [crosstalk 00:03:30] .

So it's kind of routerish.

You kind of have that router kind of thing going on.

Okay. And is that a new and up and coming one or what?

No, I think I'm honestly pretty surprised it's still used.

Right. This is the legacy bus that we've been trying to kill for years. Right.

Yeah. I think it's been around for, I don't know how many decades, but it's kind of a legacy bus. So oftentimes we still have to support it. And a lot of people still use it. I mean, it gets the job done, but it's a little bit outdated.

What's the benefit of CA bus over the legacy Q-bus?

So with CAN bus, you have all of this expertise and tools available from all the other industries that we can kind of leverage.

Lots of software, a USP CAN adapters, lots of published specifications and devices that all adhere to this standard. And so it's much easier to have devices inter-operate and communicate smoothly than versus Q-bus where it's kind of, there's no public standard and everybody kind of has their own little flavor of it.

Is it, so it's more modern, right. And it's more, well-published or well-documented, right.

It is also faster. And it's electrically more reliable.

Don't want to go into too many of the details, but-

It can be a little nerdy.

And it can also travel longer distances.

So if I have, a noisy turbine alternator, or like a pulsar or something, and I'm trying to get some communication data past it, right, CAN bus is much more likely to be successful than Q-bus, which would be pretty easily run over by the noise.

Okay. That's awesome. So, okay. All this is pretty nerdy. What's the commercial implication, like why is this important for the industry, right? Why make a podcast about it?

I think over the past recent years, a lot of people have started shifting towards CAN bus, but there's still a lot of Q-bus devices being made. And some people are playing around with [inaudible 00:05:40] 45. And, I think we both think that, feel that CAN bus is a great standard, that we should all kind of converge on and make devices that inter-operate [crosstalk 00:05:48].

I think it's really important for the consumers in our industry, which would be a lot of the directional drilling companies to have a choice of the modules that they buy and for those modules to all inter-operate each other. Right?

And so I think picking a common bus, like CAN bus is really important. I think that the majority of manufacturers, if I just take a little informal survey, have all gone to the CAN bus.

And it's the most supported. It's also the best, I think, for the application, with the [inaudible 00:06:13] ability and the noise immunity and stuff like that. And it's got a bunch of nerdy features like hardware CRCs and all this kind of stuff. Right. And hardware retries, which RS45 and other things don't have that. Q-bus doesn't have that. And it's very computationally not intensive and a lot of modern processors support it.

And so I know one of the things that you've been working really hard on is to actually make a Can bus NBD layer that's then kind of a spec upon a spec that we can all agree upon and make even easier interoperability between Can bus and NWD devices.

Yeah. So we're going to be publishing our CAN bus architecture from WD soon here. And hopefully industry will kind of adopt that and give us input and form some kind of working group to-

Use fewer lines in your tool.

And just get more reliable communication.

Which will, in turn, produce more reliable tools that will produce even more oil, which we're already producing an astounding rate. Right?

Okay. Awesome. Well, that's a good show for today. Thank you for bearing with us through the nerdiness. I'm Ken Miller.

And this has been another episode of the Erdos Miller New Technology Podcast. If you have any questions for Dave and Ken, please write to podcast@erdosmiller and we'll put them in the show.